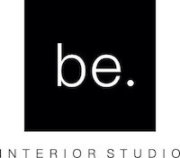 Aging Fincas can be stylishly updated and modernized with new small but distinctive design features.

The entrance in the middle of the front side of this Finca was opened up with a two-story glass and steel construction that delivers a huge amount of natural light. All of the enclosed balconies and straircases were demolished and replaced with wrought iron railings.

On the existing terracotta tiles layers of microcement were applied, microcement was also used in the bathrooms as an alternative for wall and floor tiles and the kitchen island was covered with microcement.

A brand new, generously sized lounge area off the kitchen, was added to the floorplan of the Finca simply by the creation of a new opening in the facade by the kitchen as well as the enlargement of the breakthrough to the kitchen.

A distinctive, large format iron-framed window with individual panes, was added to the opening in the façade and an existing terrace was extended to the house for this new seating area.

The color of the windows and shutters was chosen to harmonize with the colors in the interior rooms as well as the facade.

Modern, light colored furniture was chosen, along with transparent linen curtains which frame the stylish rooms. Rugs were used to lend structure and underscore the separate eating and living areas.

The outdoor lounge furniture and garden chairs were custom made and the form and color of the outside cushions is intended to extend the light color-scheme from the interior of the Finca into the garden. 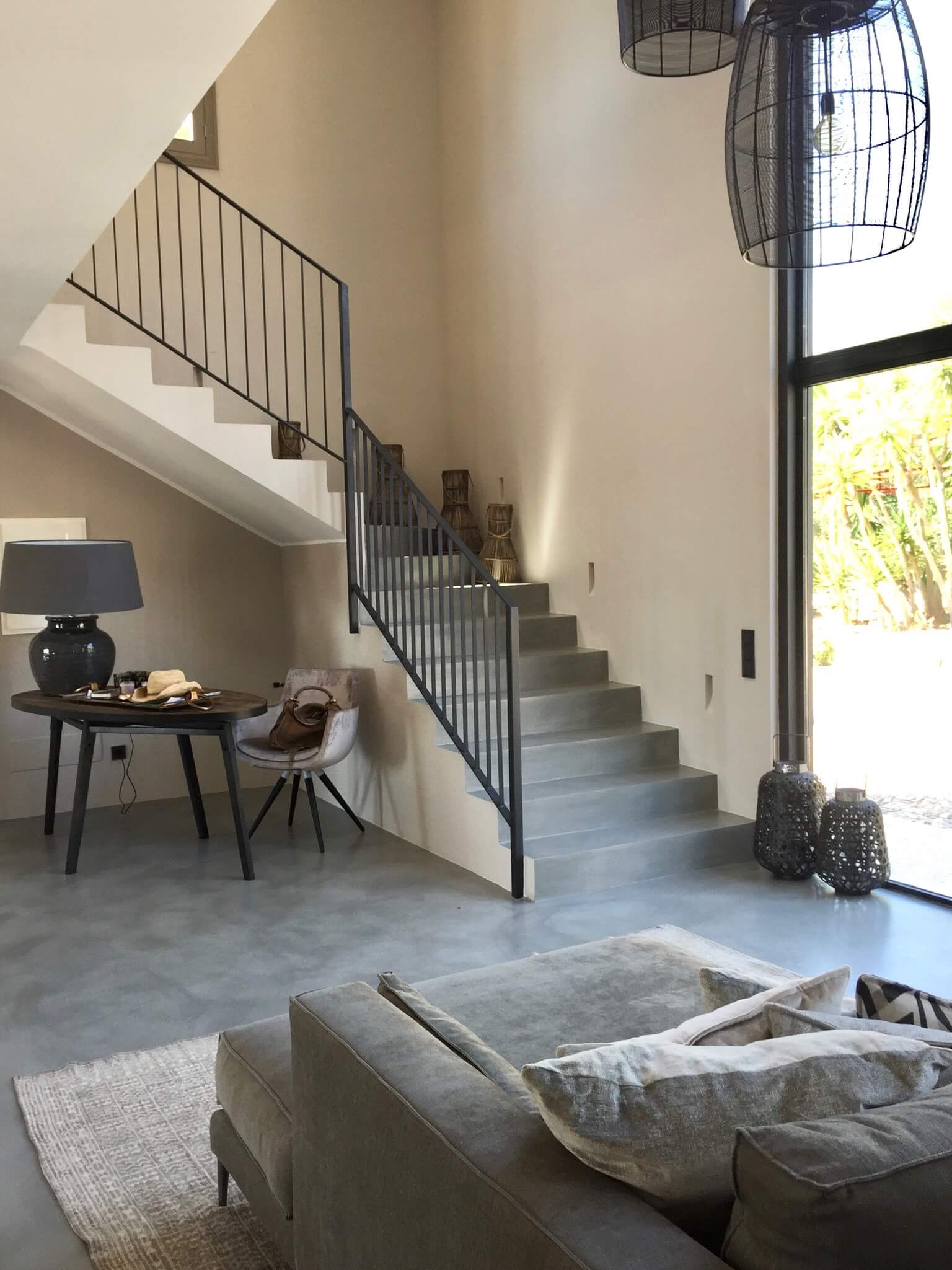 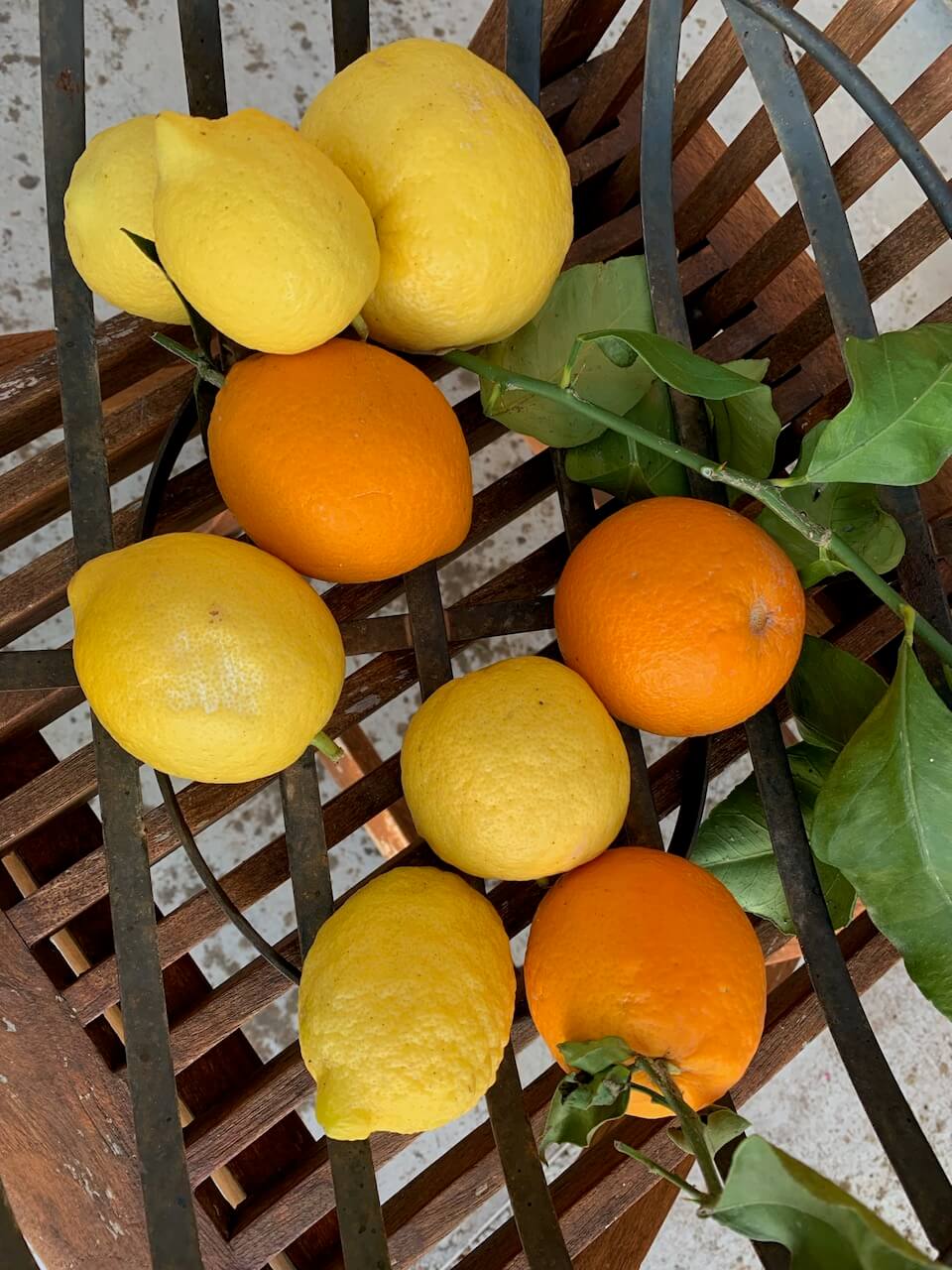 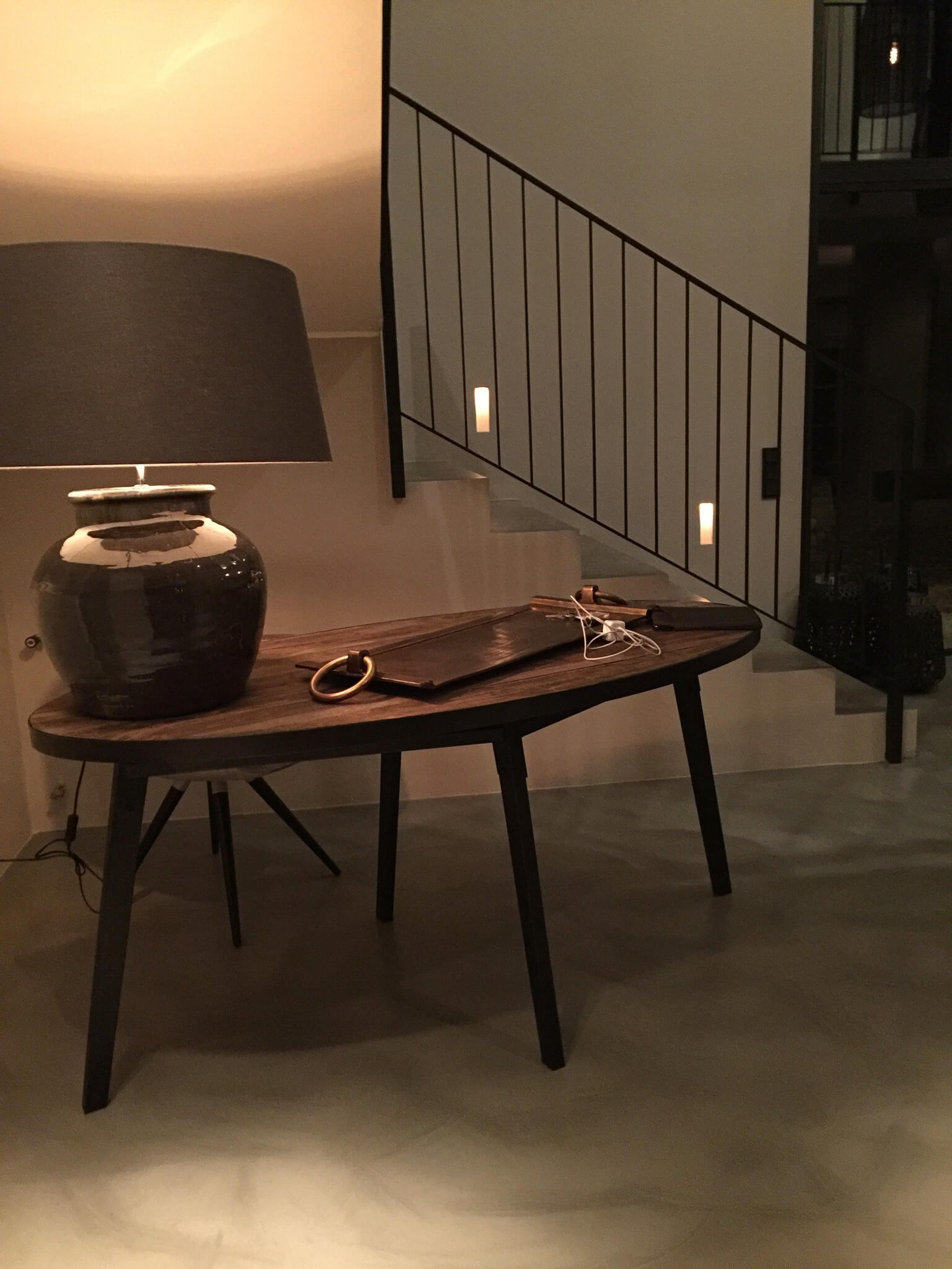 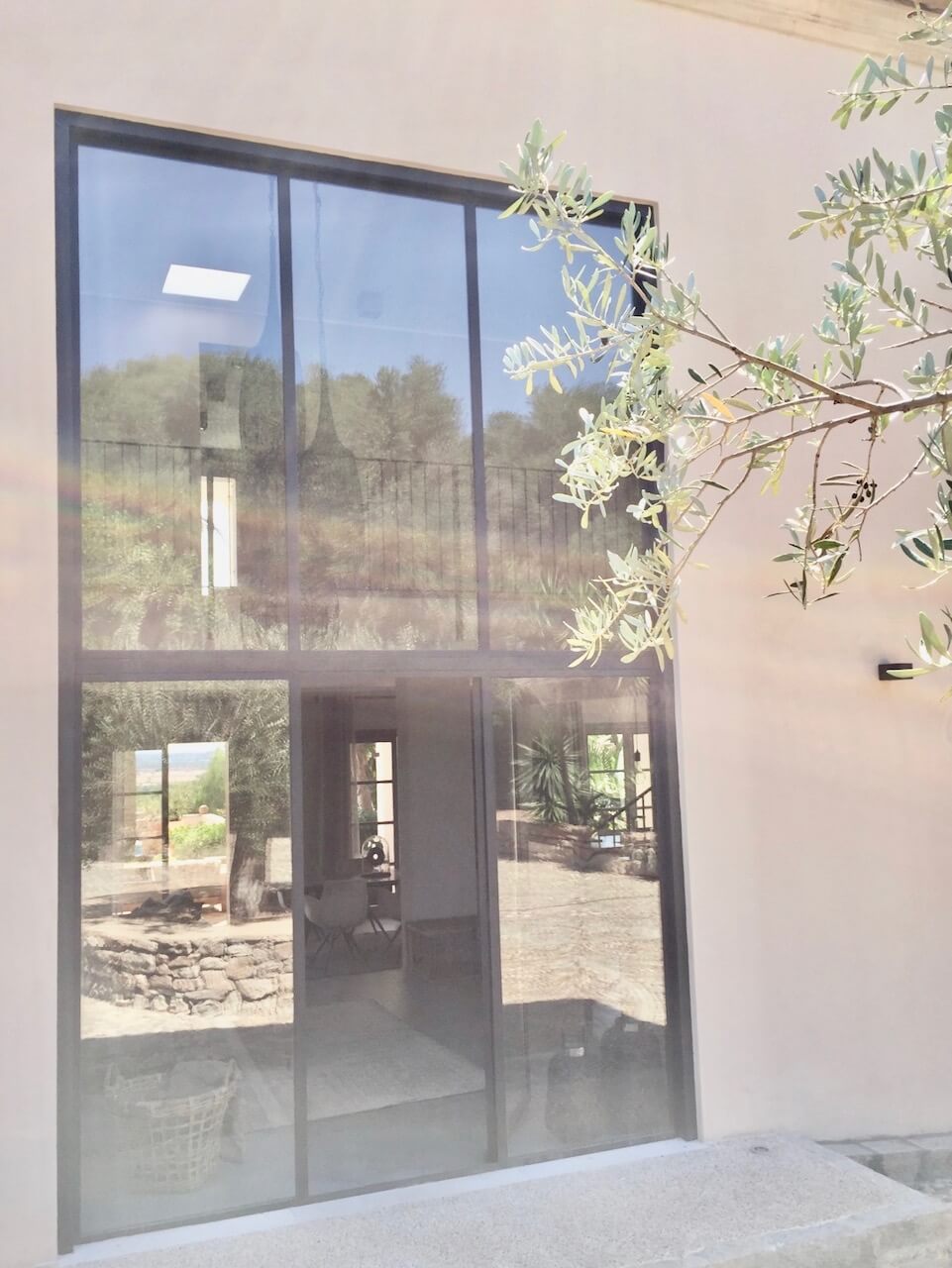 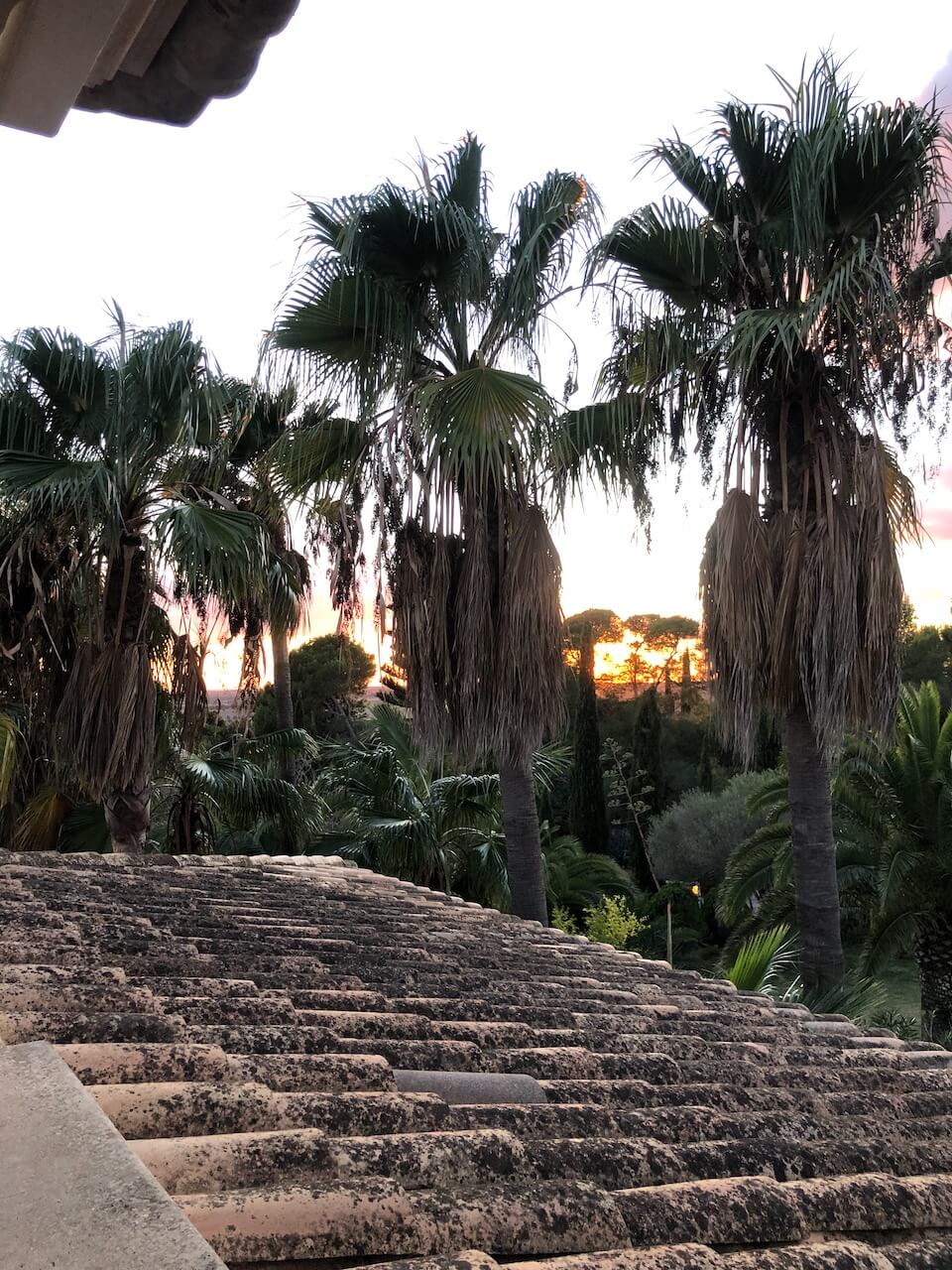 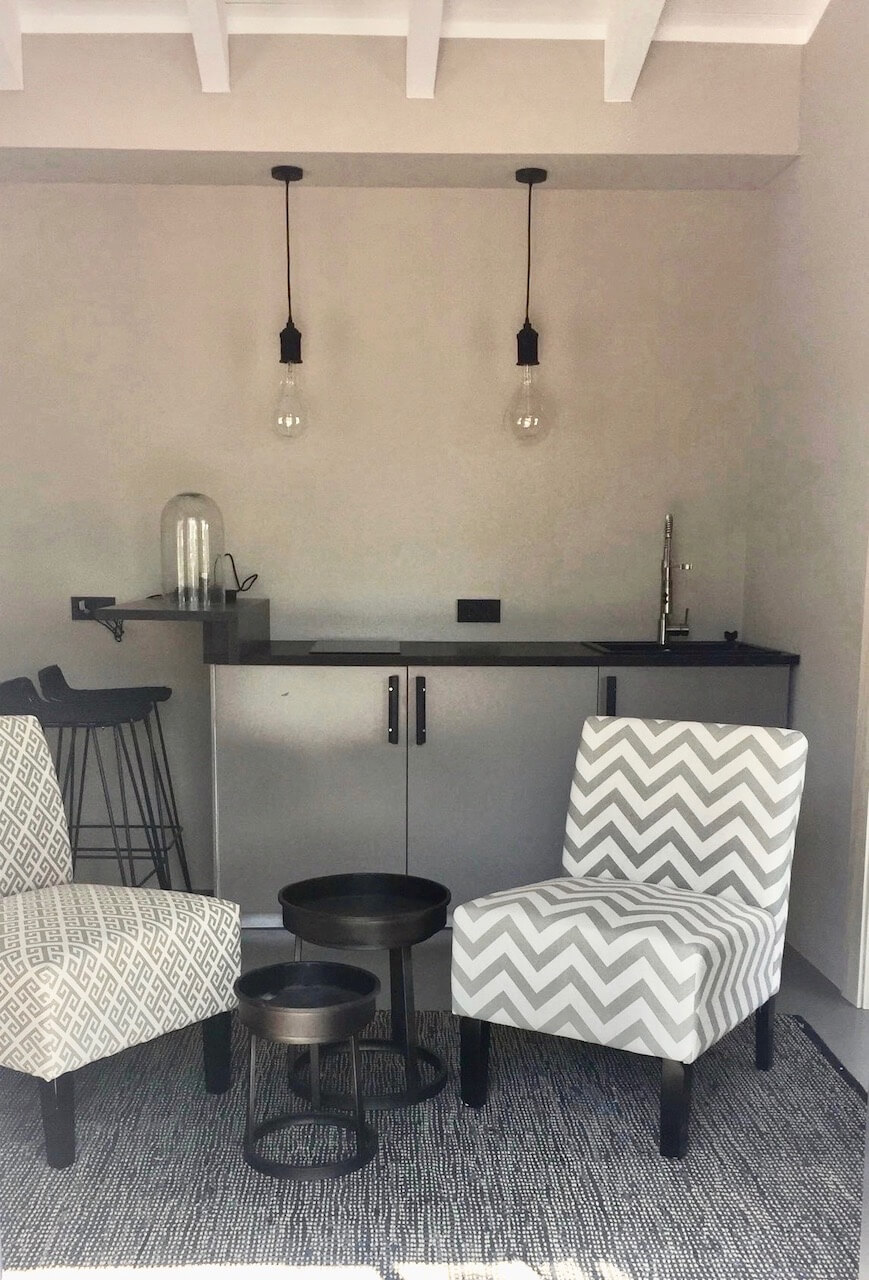 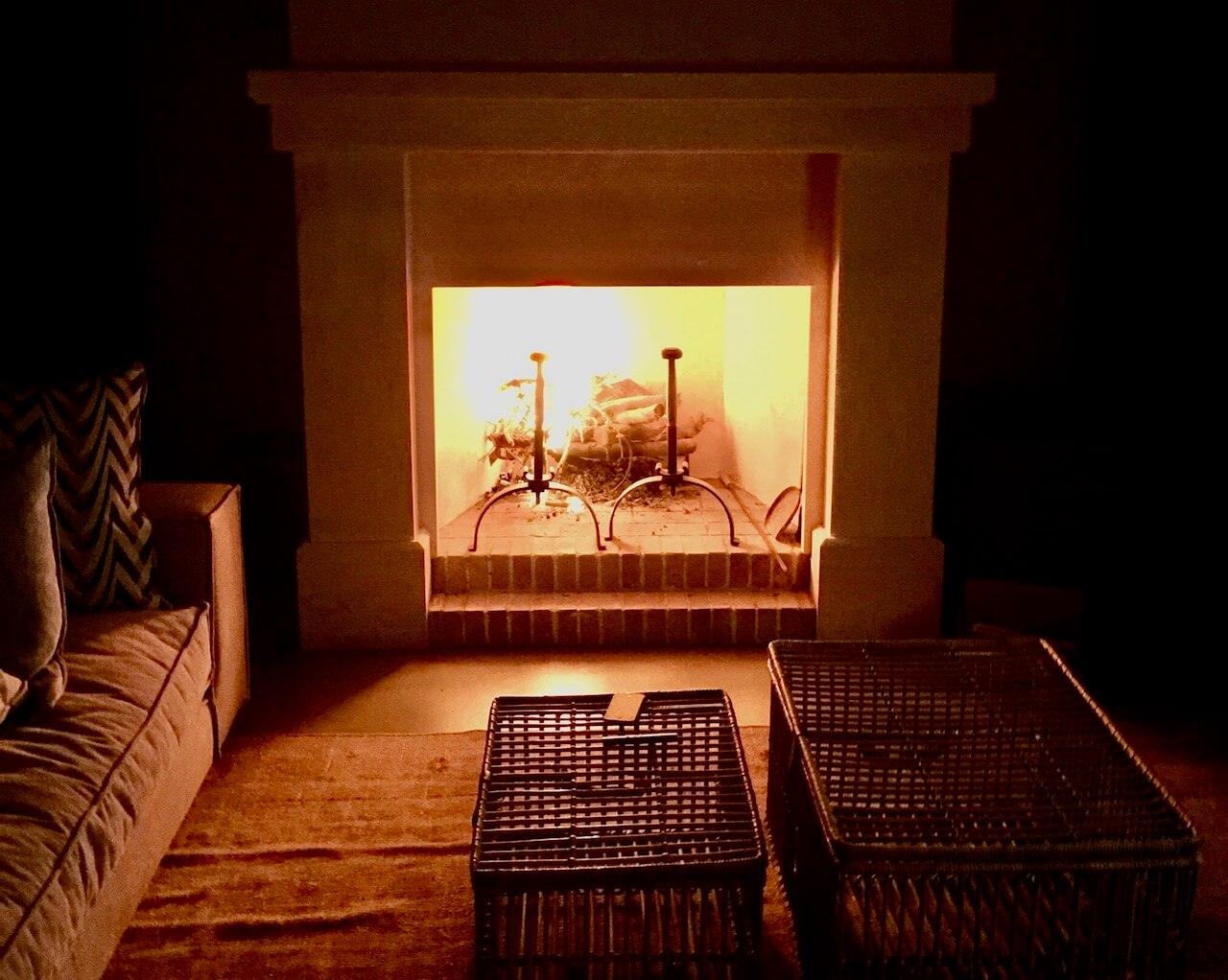 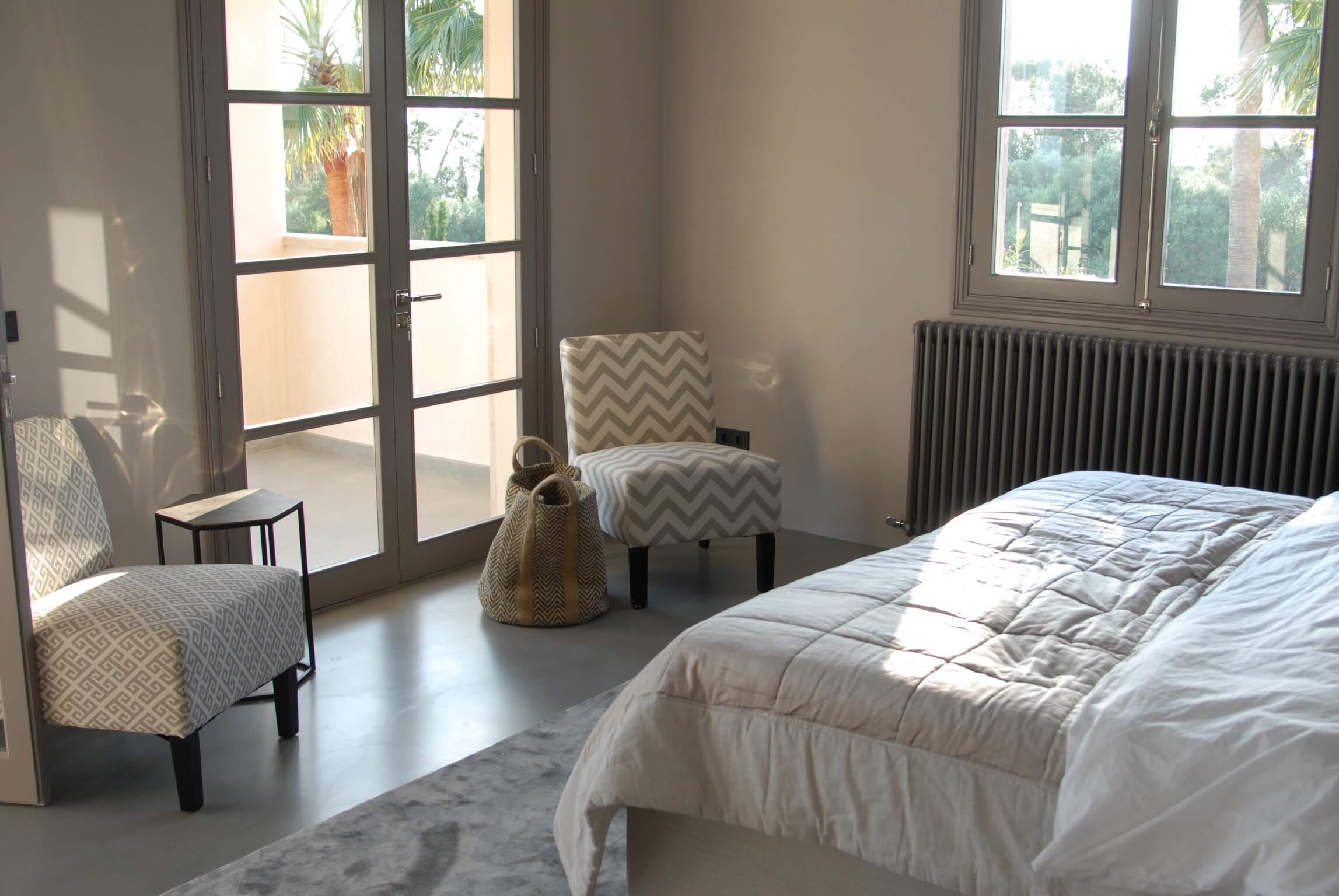 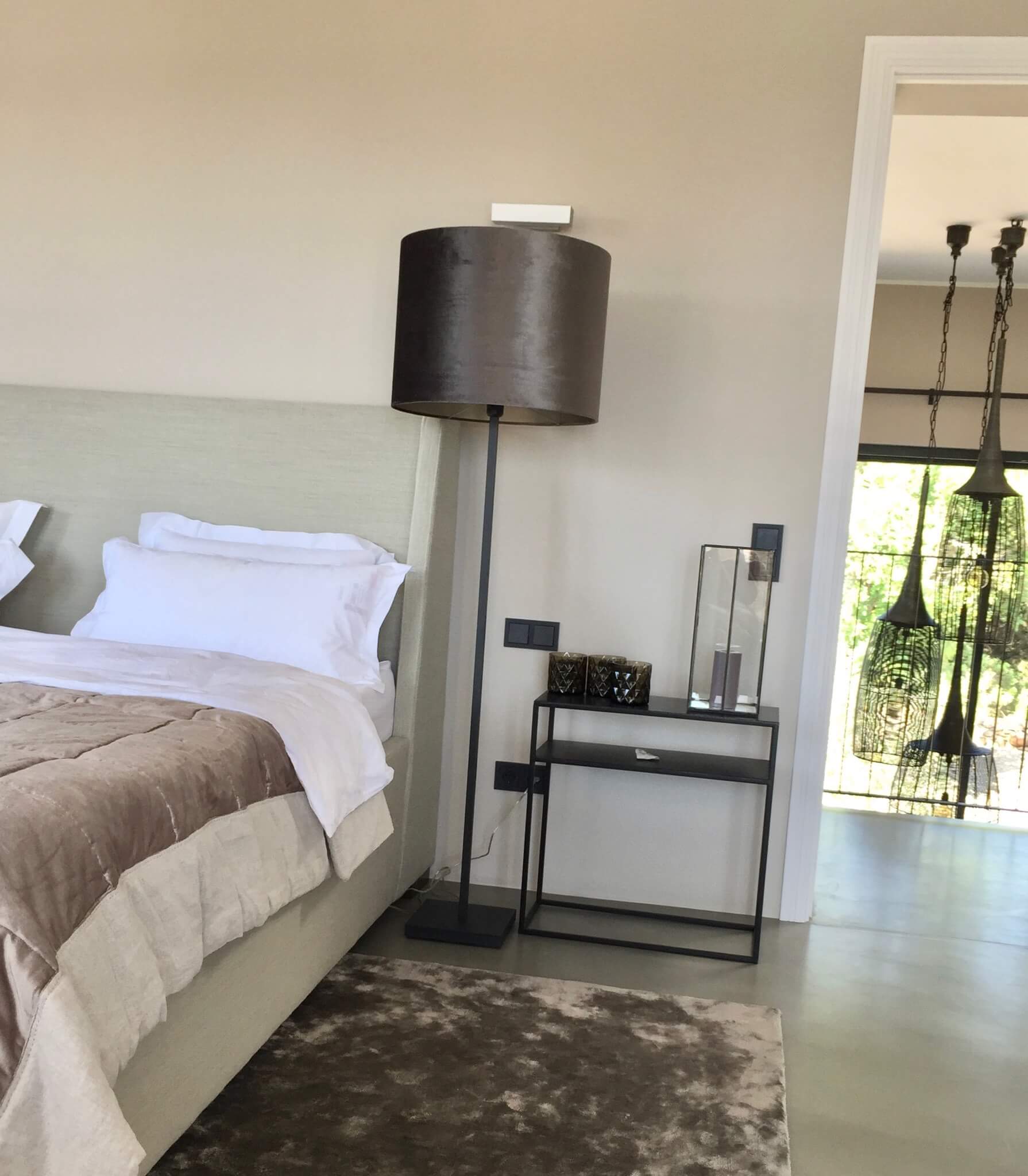 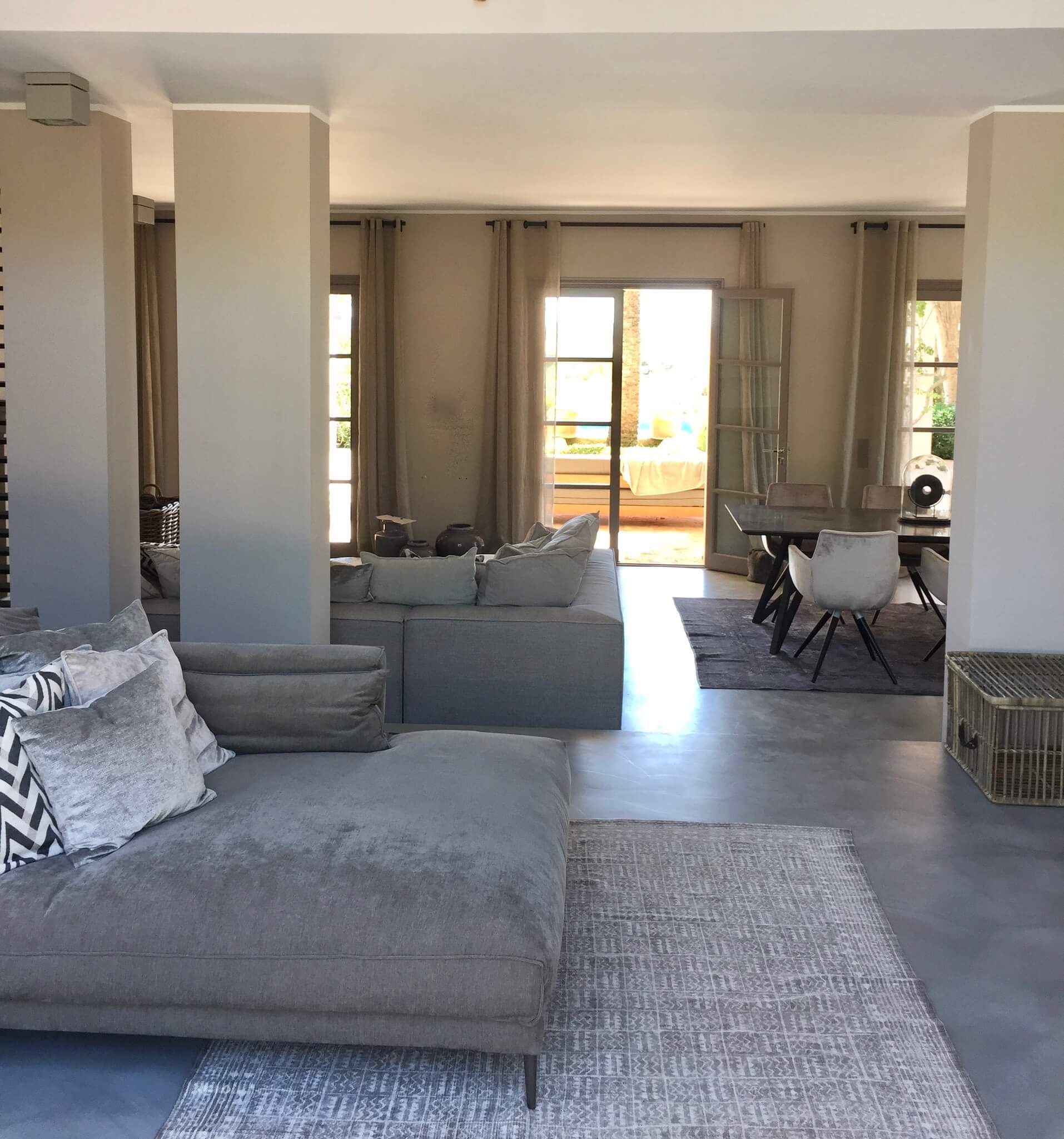 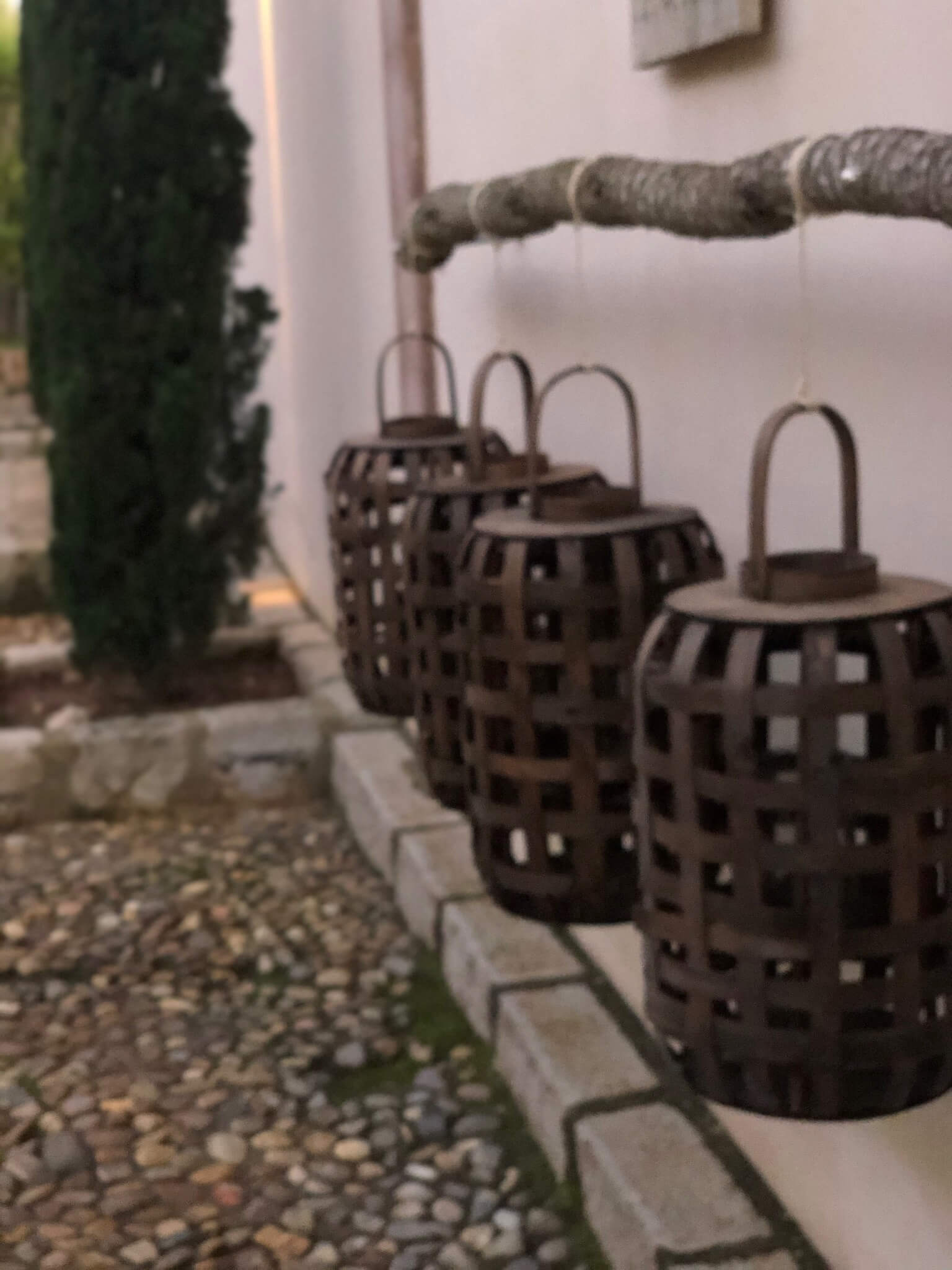 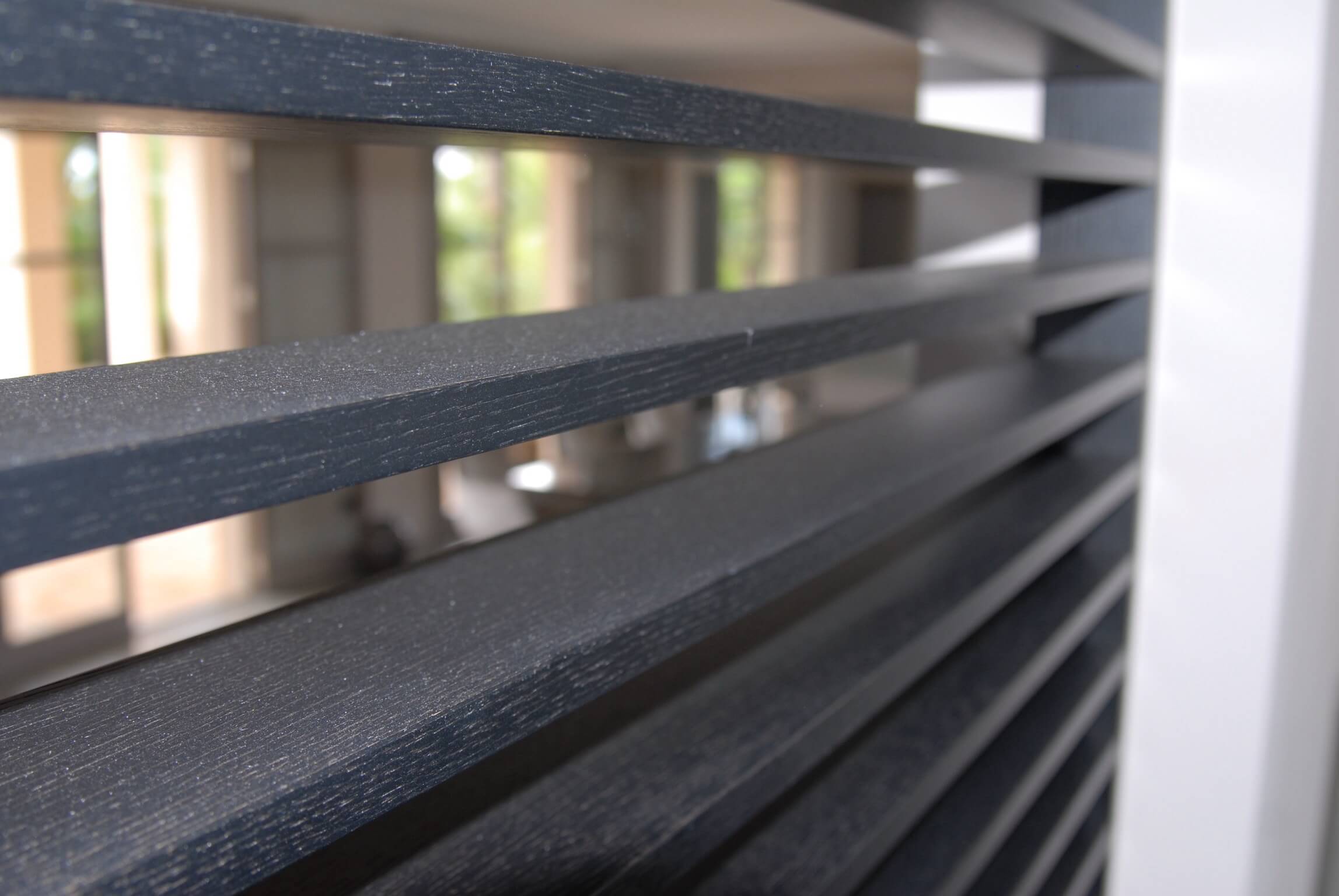 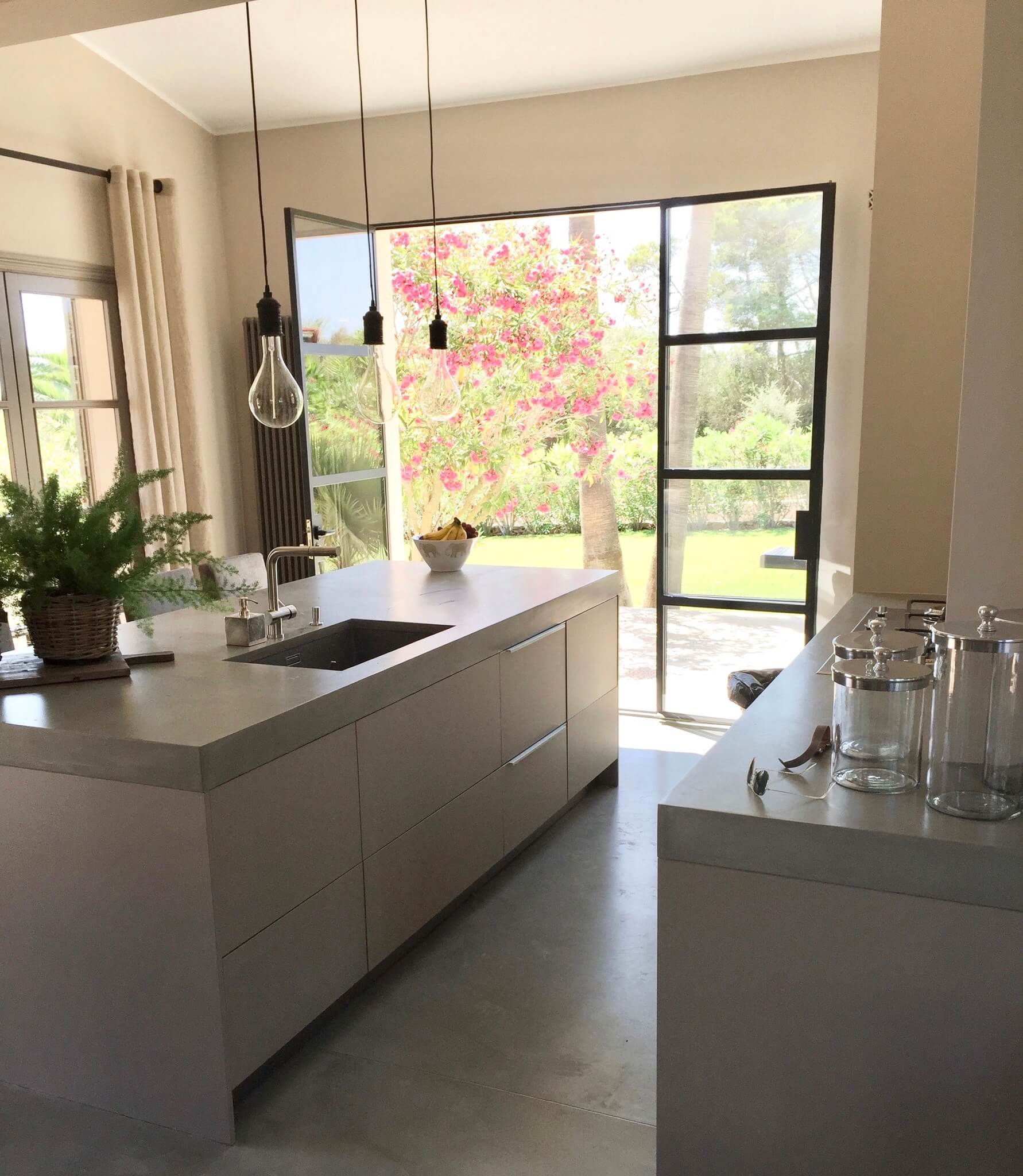 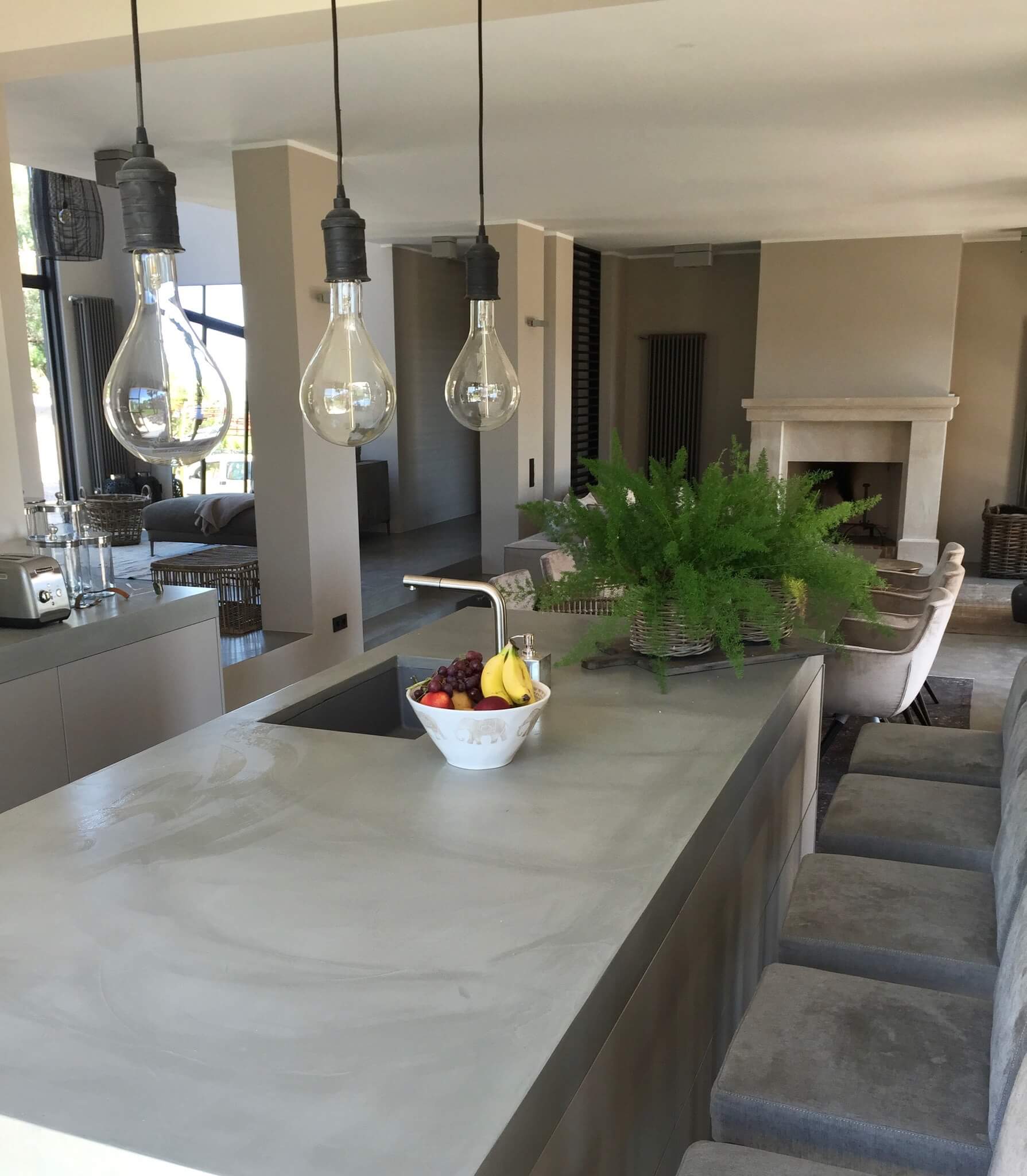 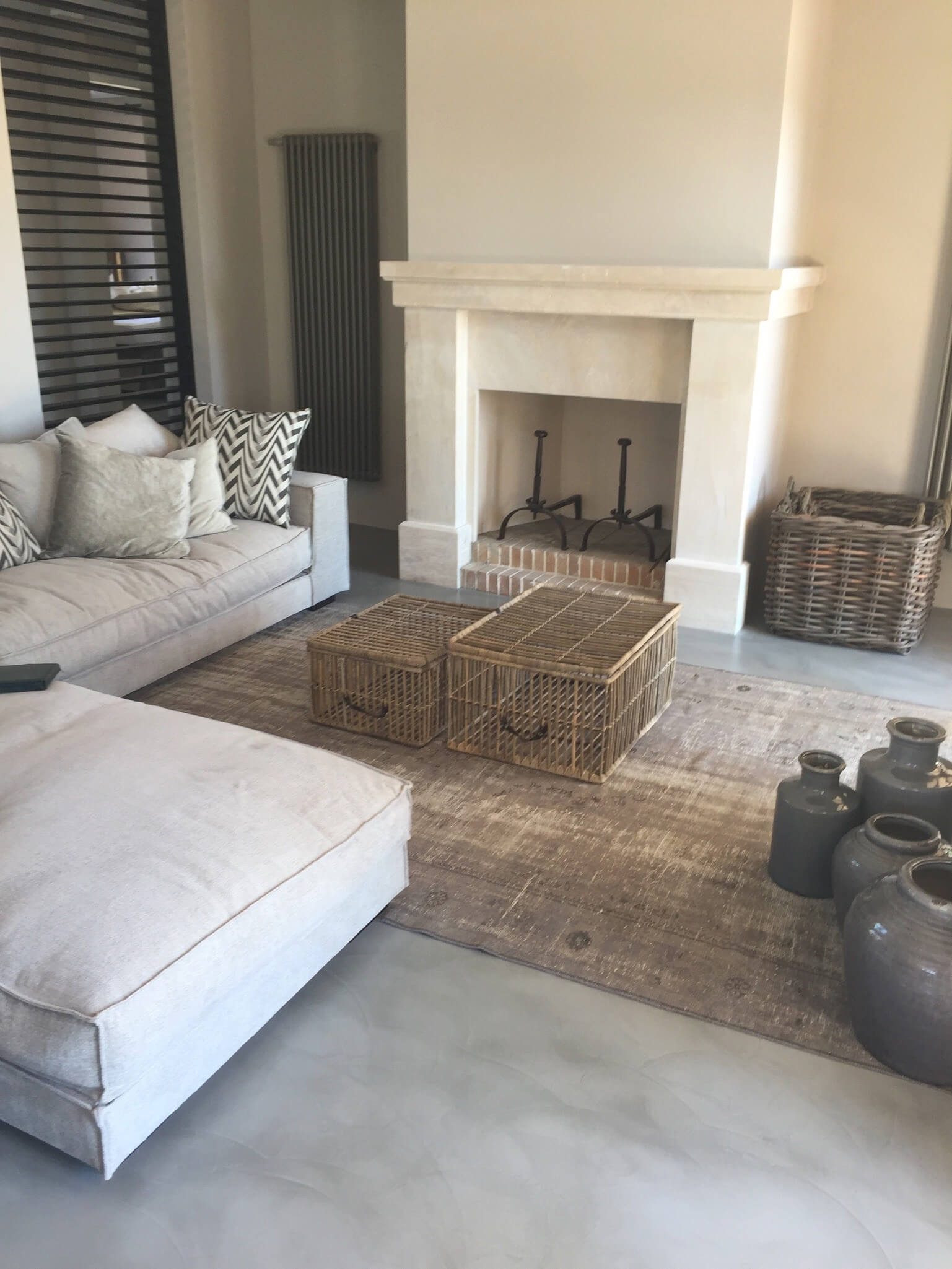 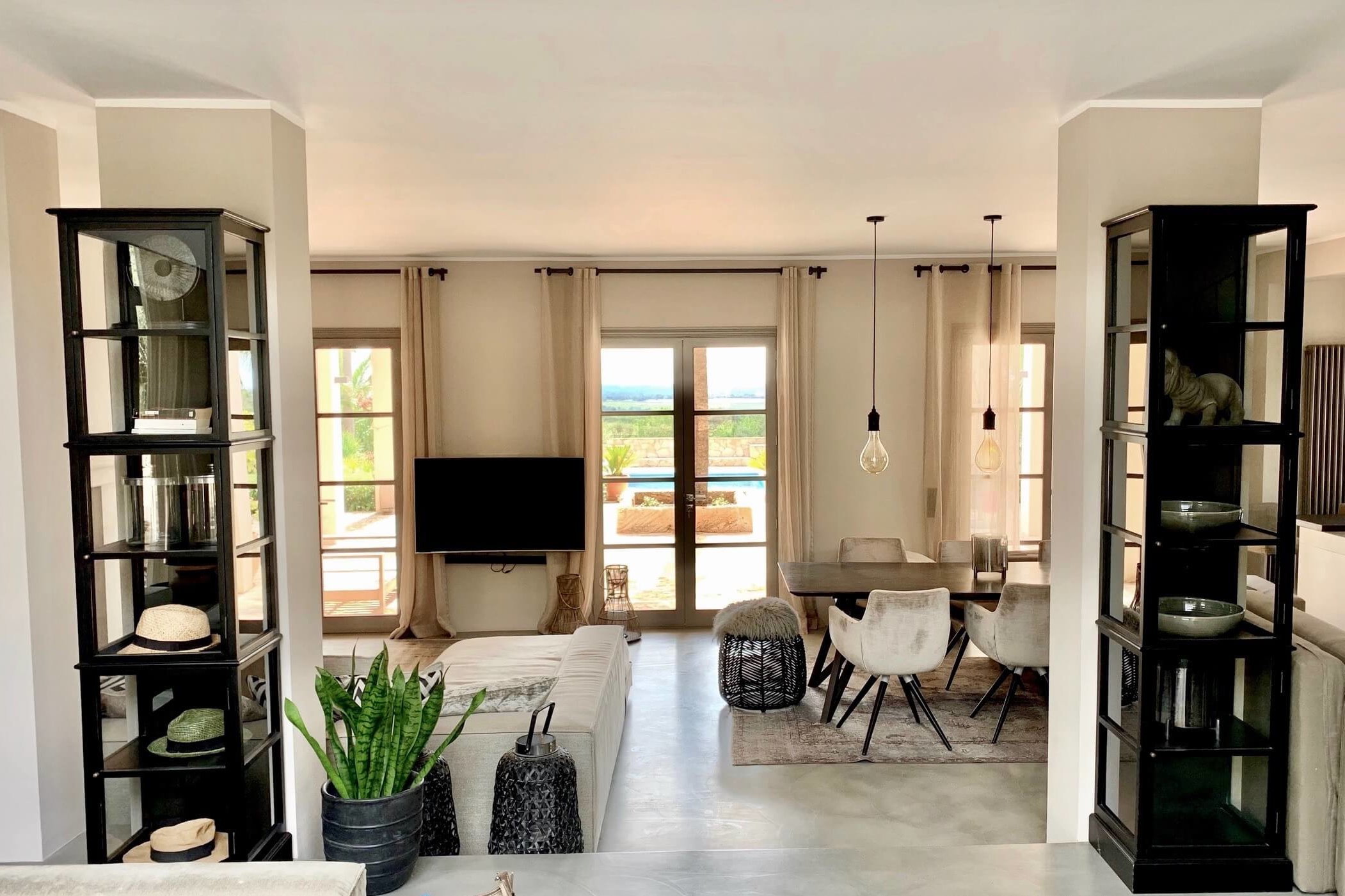 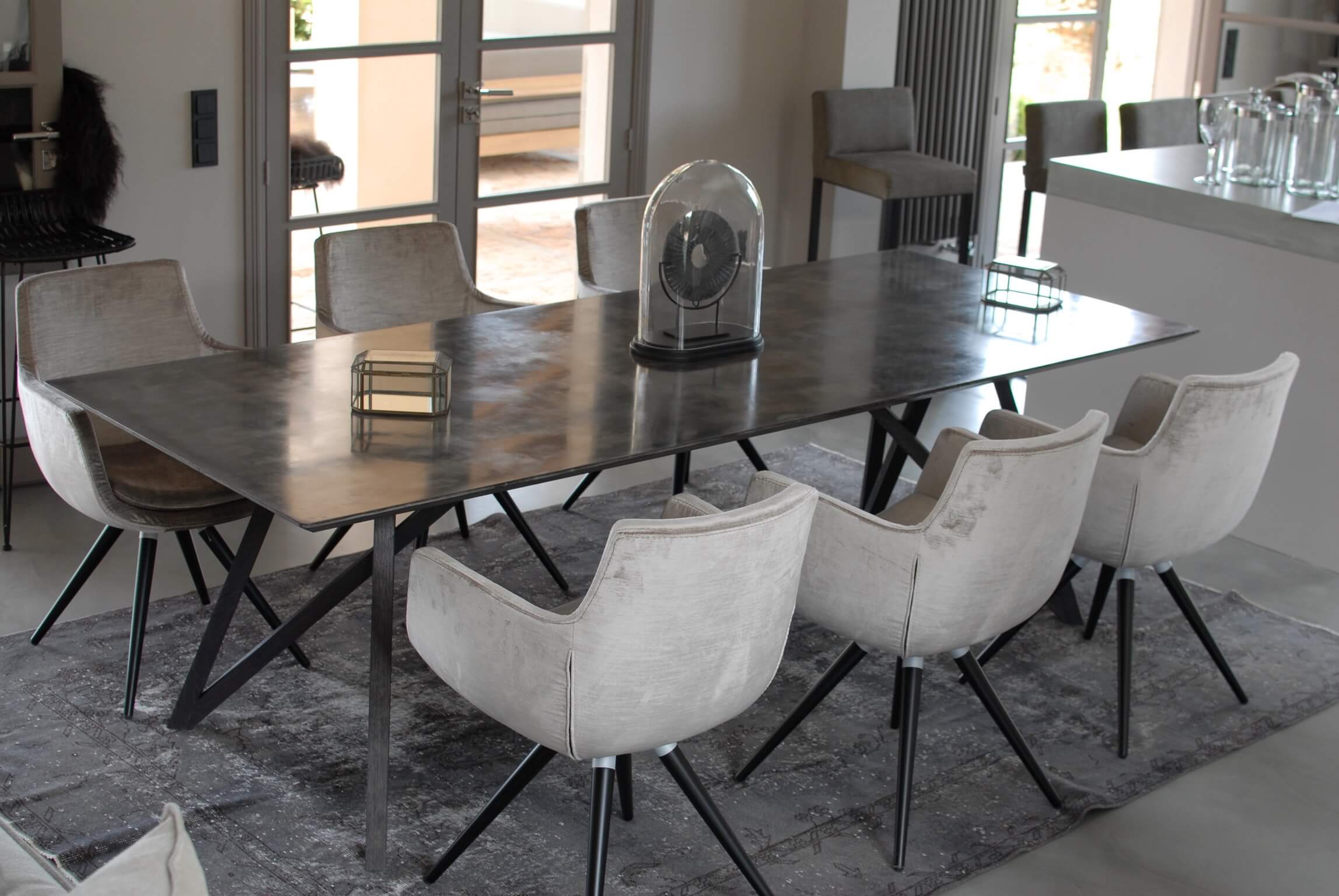 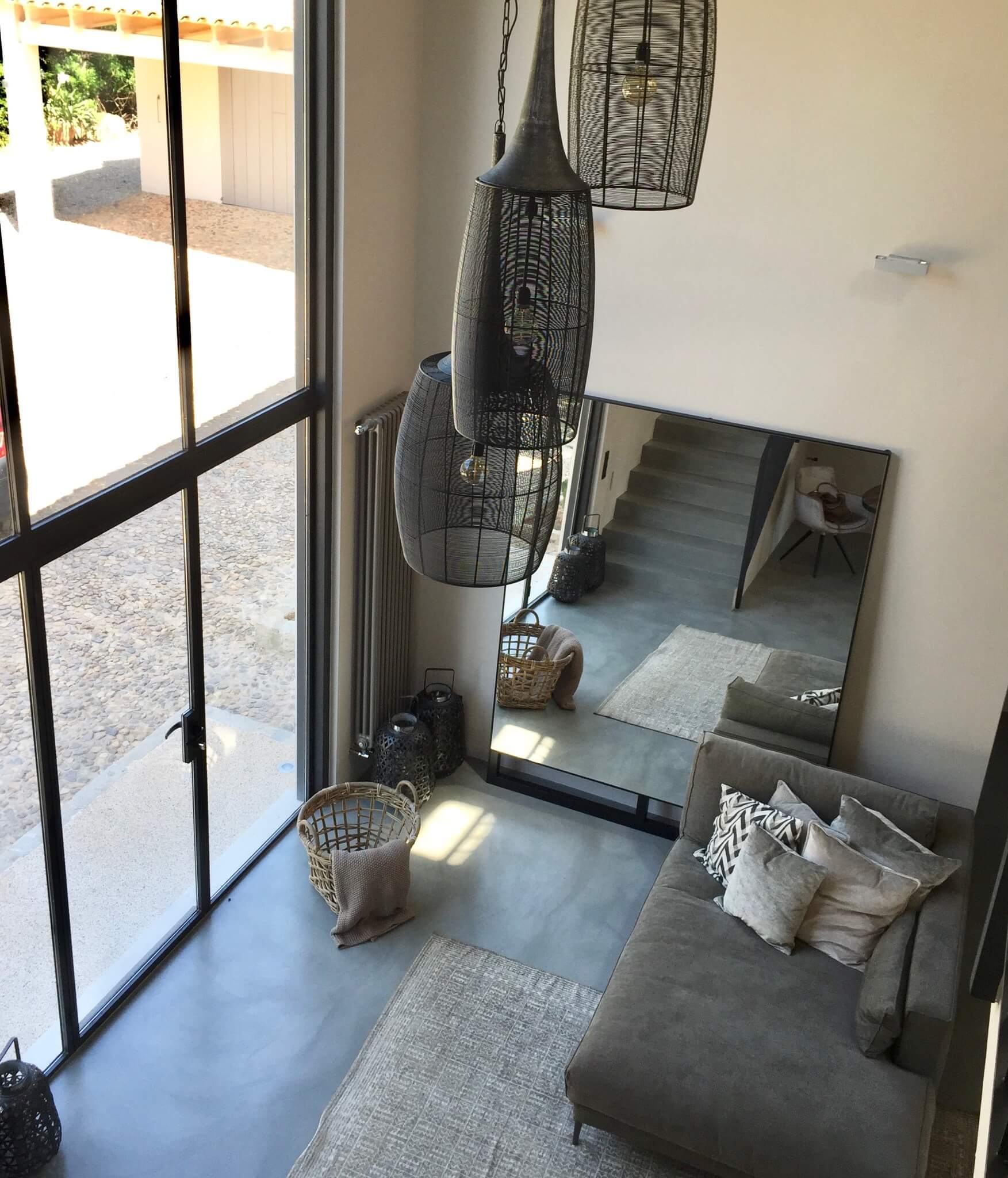 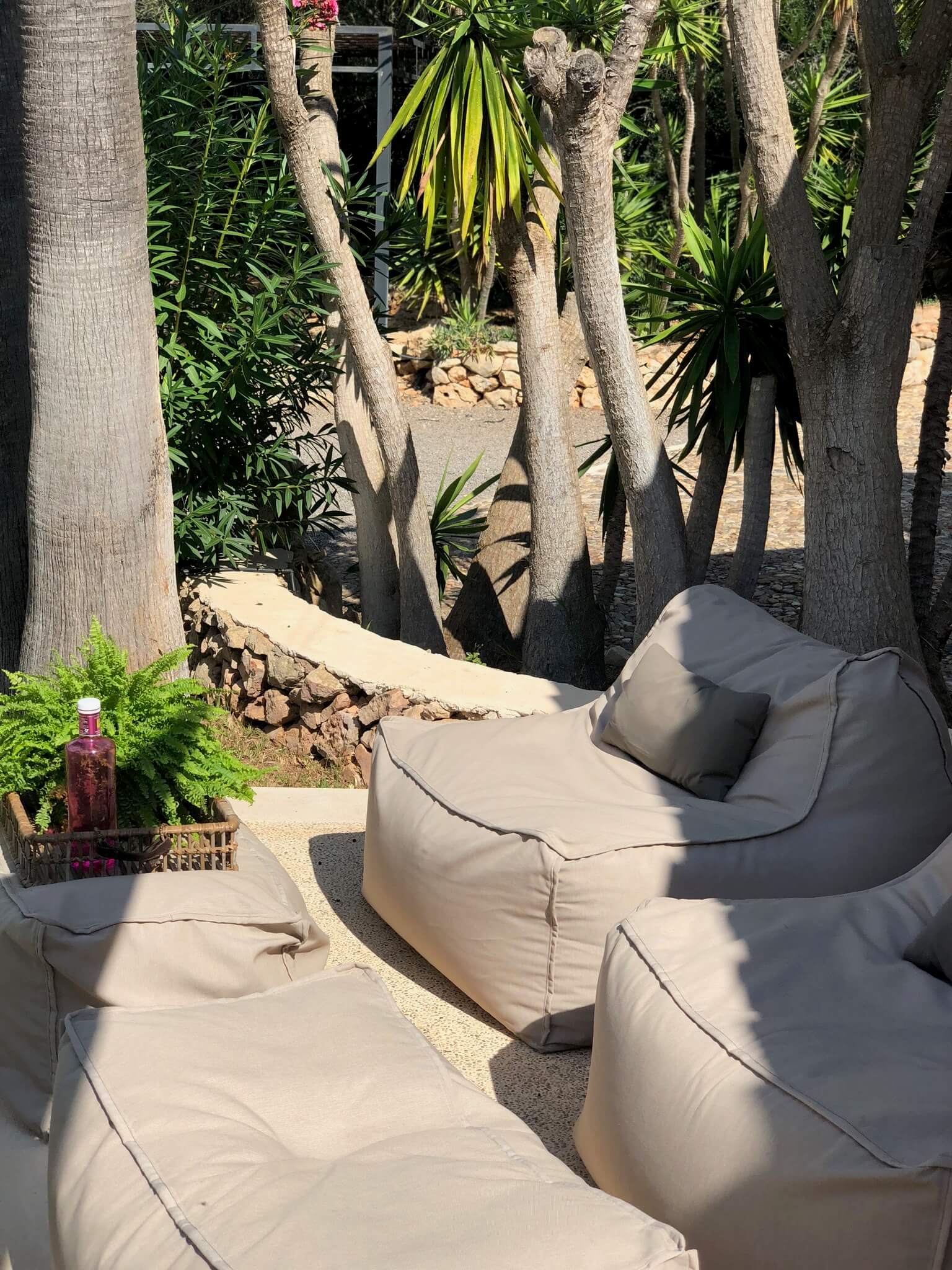 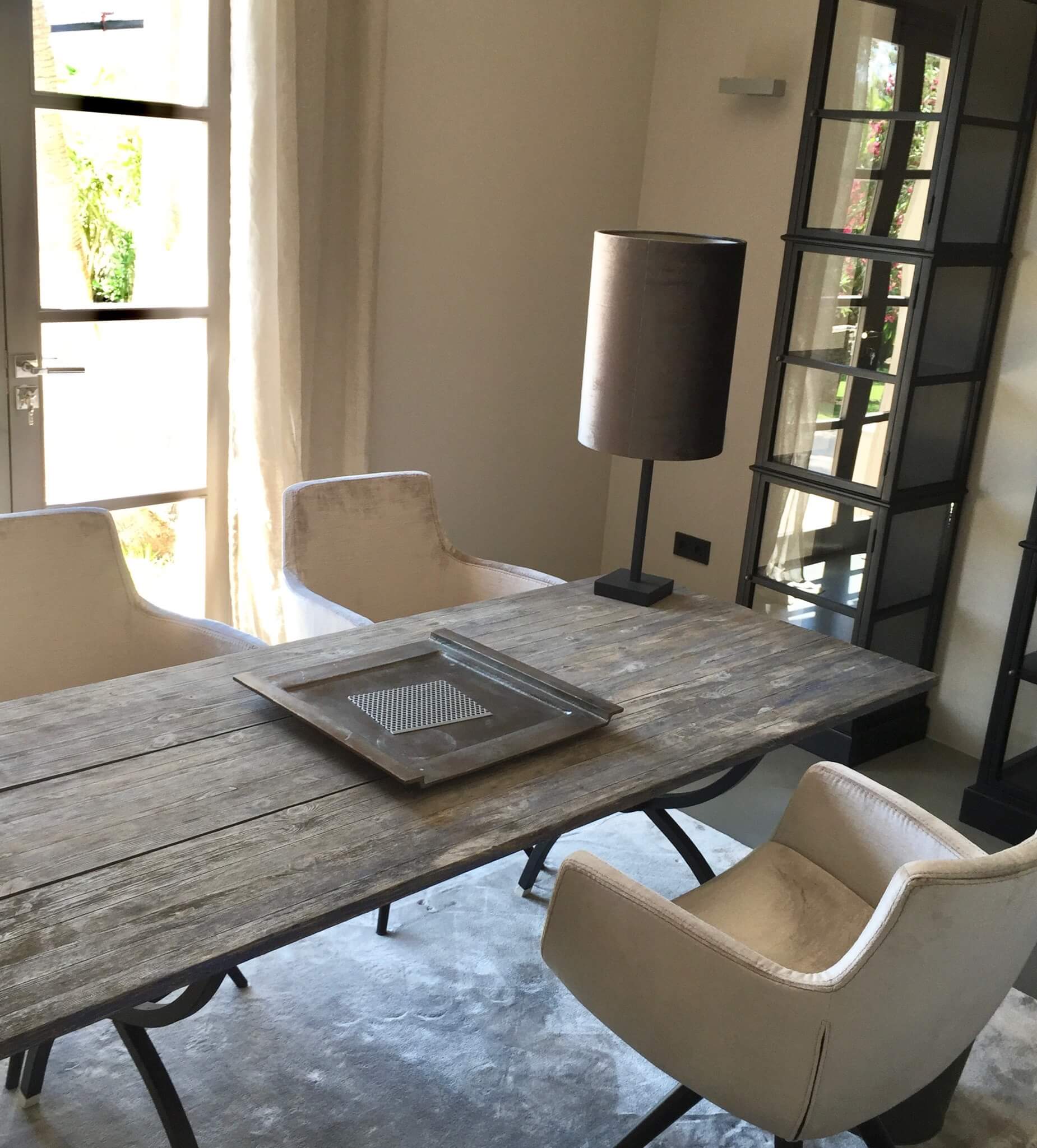 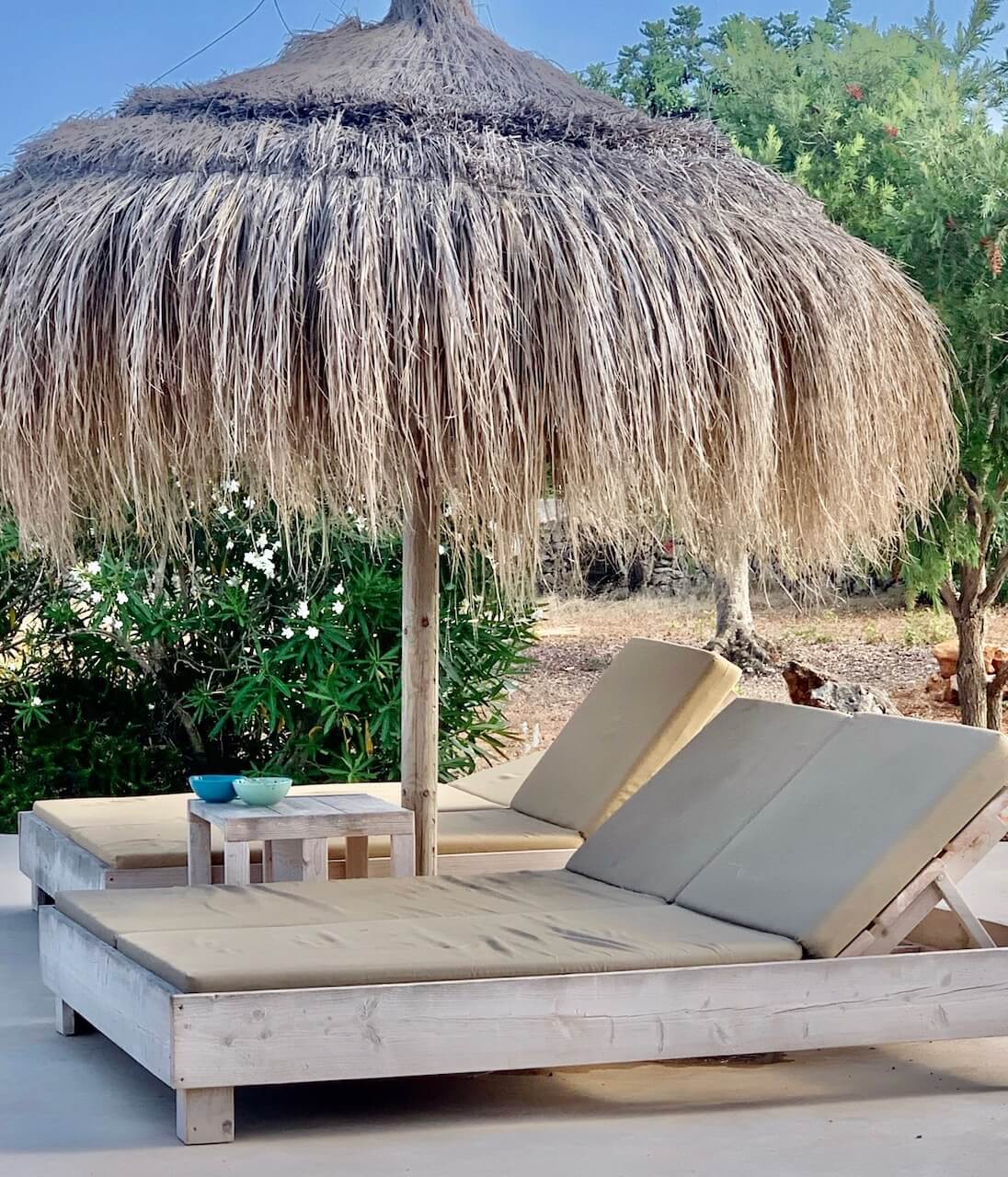 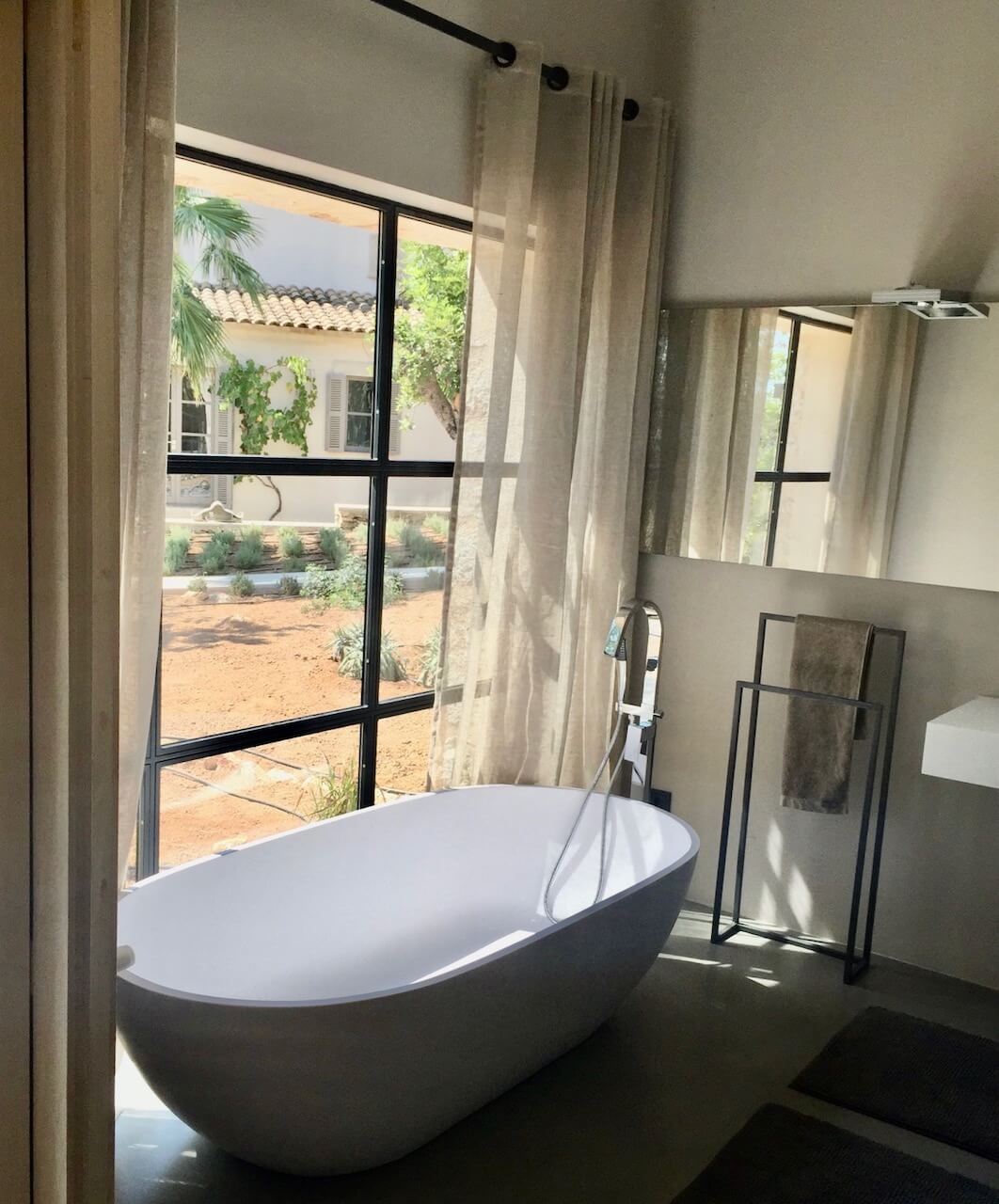 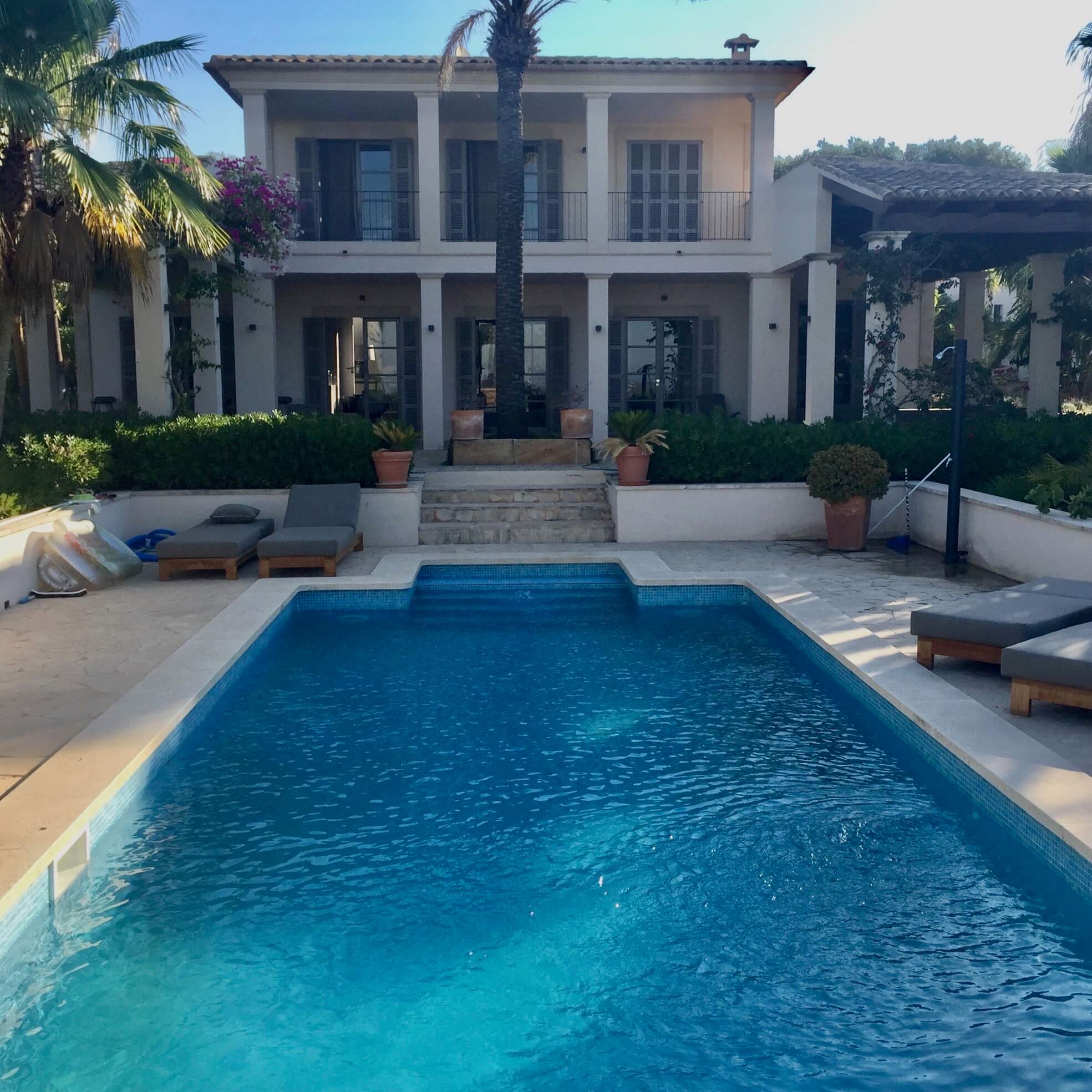 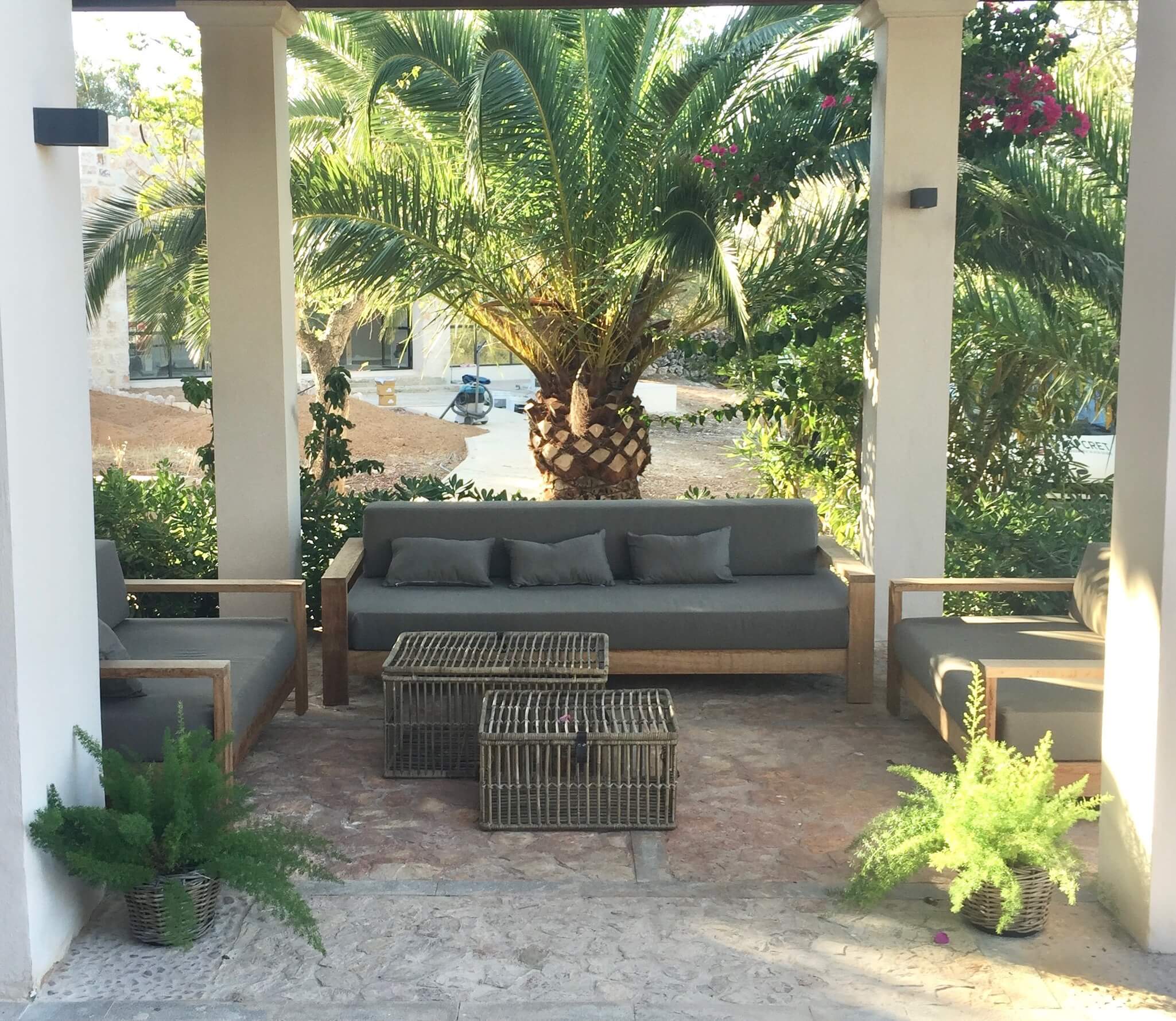 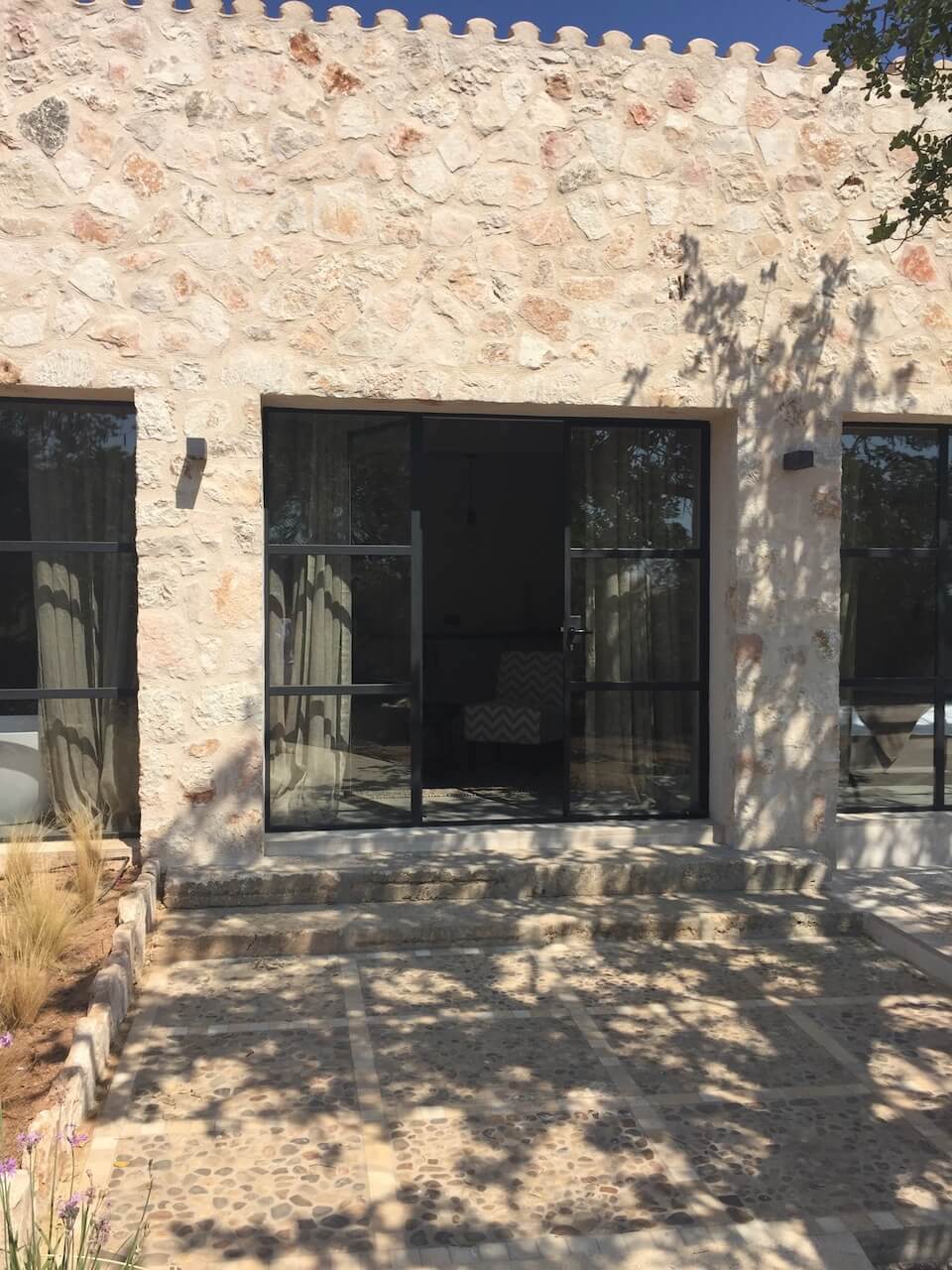 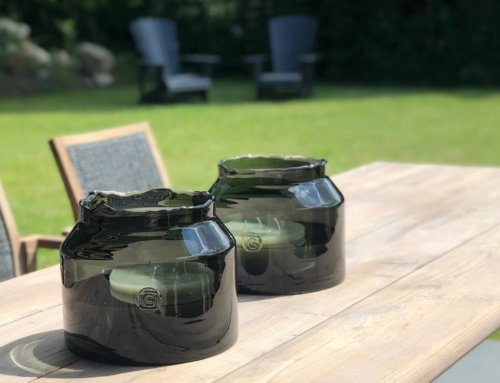